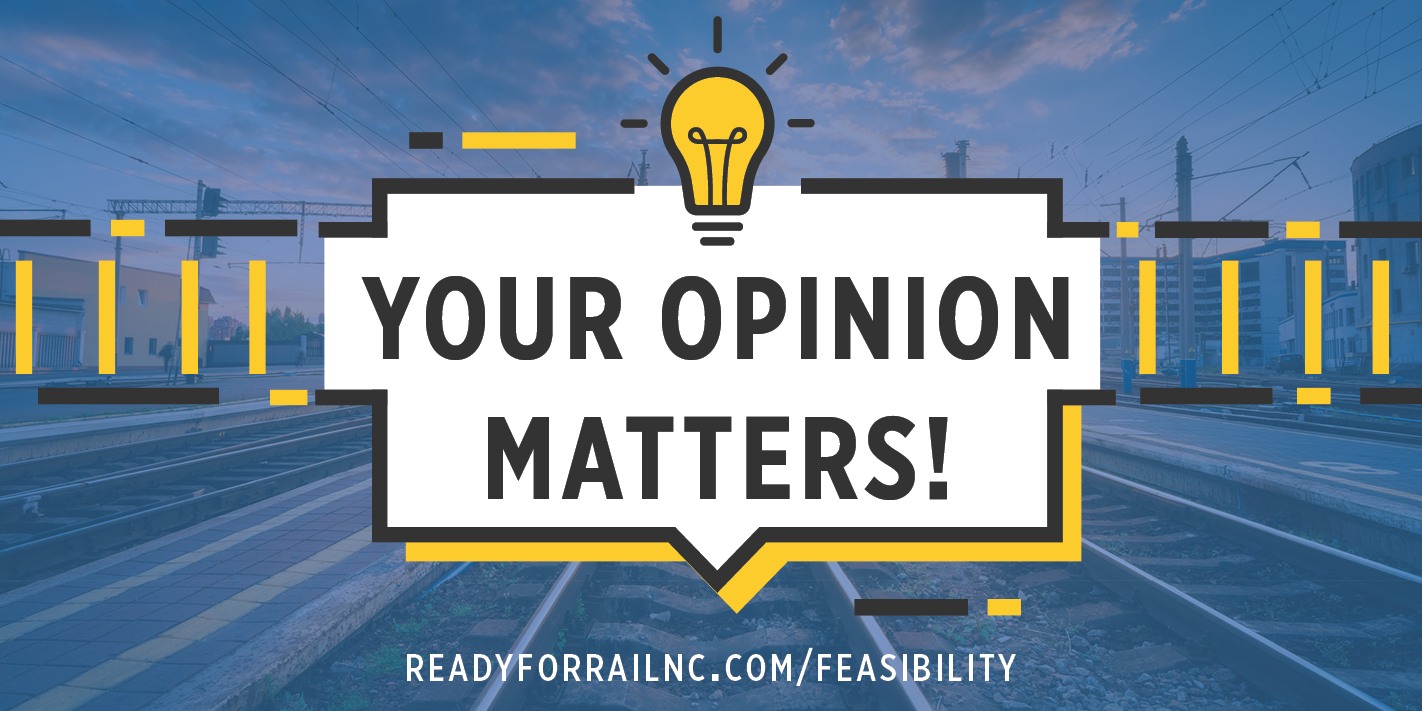 DURHAM, North Carolina – GoTriangle, the region’s transit authority, seeks to provide the results of the Greater Triangle Commuter Rail Feasibility study to the public and gain input on options for a future commuter rail service identified in the report released, today. The agency is launching a public feedback campaign that includes online surveys, community meetings and public forums in Durham, Cary, Raleigh and Clayton, areas through which the system would run. The proposed Greater Triangle Commuter Rail would help provide a congestion free transportation opportunity and serve a region slated to grow by more than a million people and a corresponding 1 million cars in the next 30 years.

The commuter rail project includes passenger service at 15 stations along approximately 43 miles of existing North Carolina Railroad corridor between West Durham and Clayton. The study found that the proposed corridor is well placed to serve affordable housing, future land use and travel markets.

“I want to congratulate our staff, transit partners, Triangle J Council of Government and our consultants on a job well done,” said GoTriangle President and CEO Charles Lattuca. “The strategic thinking, planning, engineering and financial analysis, public outreach and coordination with our partners was outstanding and gives our elected leaders the information they need to make decisions about our transit future.”

The results of the Greater Triangle Commuter Rail feasibility study provide options for implementation of regional passenger rail service. Due to the high cost and technical challenges associated with delivering the full project at once, the study considered phases for staged implementation in the eastern, central, and western portions of the corridor. With costs varying for each, the three portions include:

The next step in determining the implementation stages is hearing from the public. Local leaders need input on which portion of the project should be considered as the first segment built. Once an initial phase is selected, planning for the second phase will occur. The second phase is planned to begin operations roughly five years after the initial phase begins service.

The feasibility study and survey can be found at readyforrailnc.com/feasibility.

Note to members of the news media: For interviews and additional information, please contact Eric Curry, ECurry@gotriangle.org or 919-632-9326.